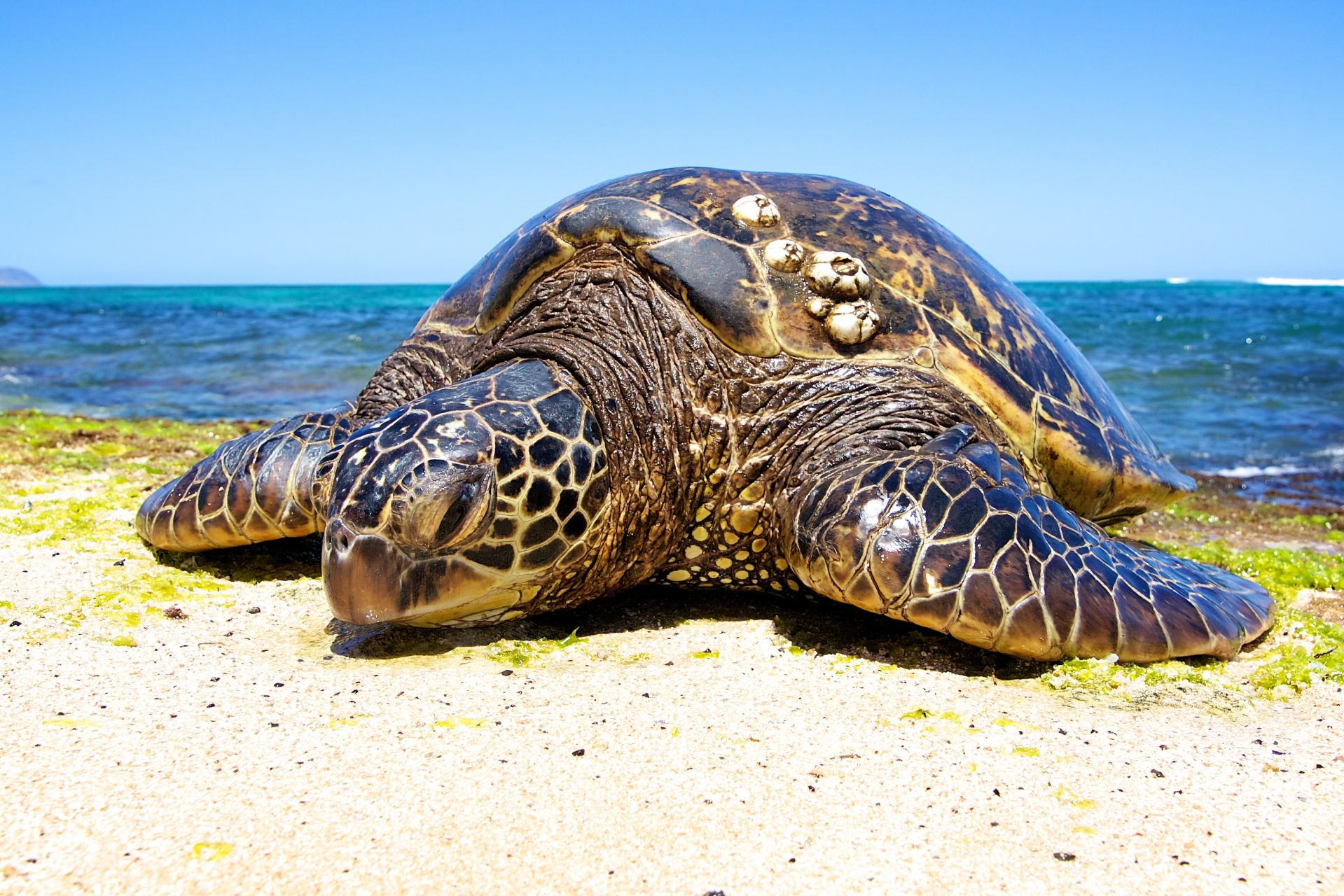 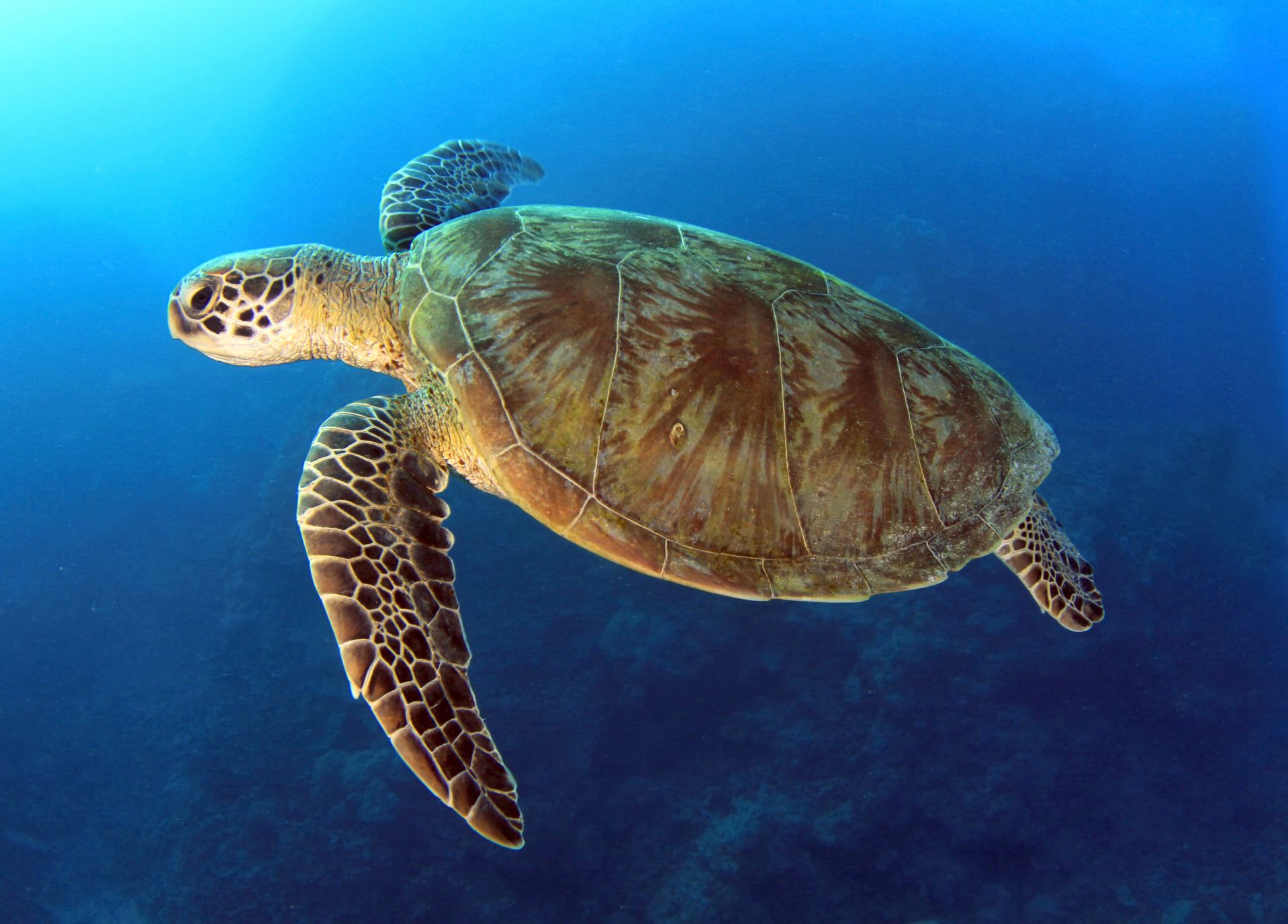 Although Mon Repos and surrounding beaches are not a main nesting beach for the green turtle, each year we do have a couple make their way to this region to nest.  The green sea turtle is named for the green colour of the fat under its shell.

The entire Great Barrier Reef area is an important feeding area for green turtles which nest locally as well as for those which nest in other areas.

It’s the most recognisable of all marine turtles and widely distributed throughout the world’s tropical and subtropical waters. Large populations live, feed and nest on the Reef, favouring the bays and protected shores near the coast and around islands.

The green turtle is one of the largest and the only herbivorous marine turtle – feeding almost exclusively on seagrass and algae. Like other sea turtles, it migrates long distances between feeding grounds and nesting beaches, with females returning to the very same beach on which they were hatched to lay their eggs. Female green turtles have been tracked across 2,600 kilometres during such a migration.

Mon Repos is special. It supports the largest concentration of nesting marine turtles on the eastern Australian mainland and has the most significant loggerhead turtle nesting  population in the South Pacific region.  To find out more about Mon Repos and the turtles that nest at this special place visit https://www.parks.des.qld.gov.au/parks/mon-repos/turtle-centre.html

Help us to help our sea turtles by making a donation.

YOUR DONATION WILL BE USED TO:

Work with community organisations and all levels of government to protect, conserve, monitor and manage endangered marine turtles.

Campaign to increase habitat protection on key beaches through increased vegetation to protect the dunes and provide appropriate shade.

To leverage against to secure additional funds from grants to ensure lighting in this region is appropriate minimising impact on our environment. 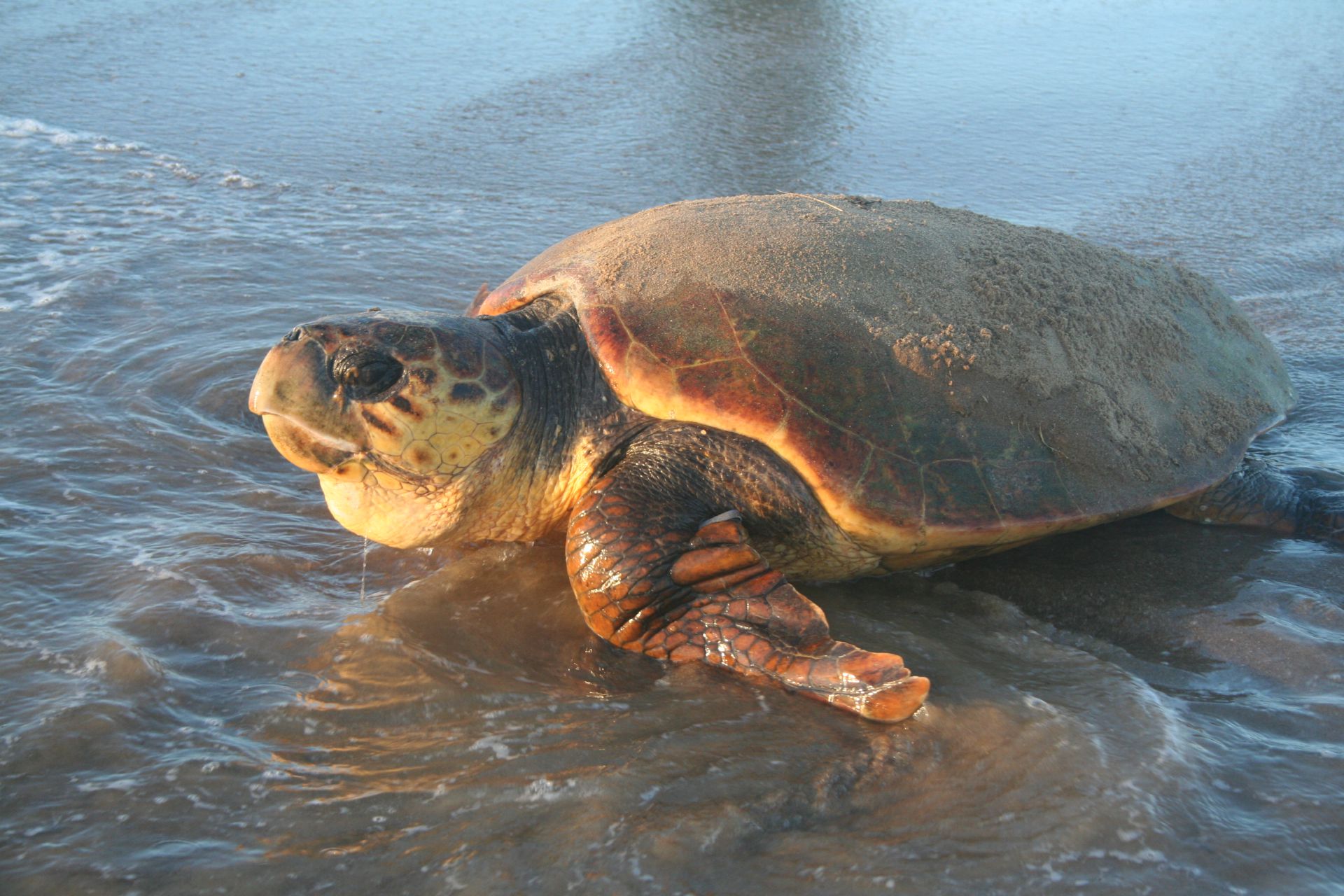 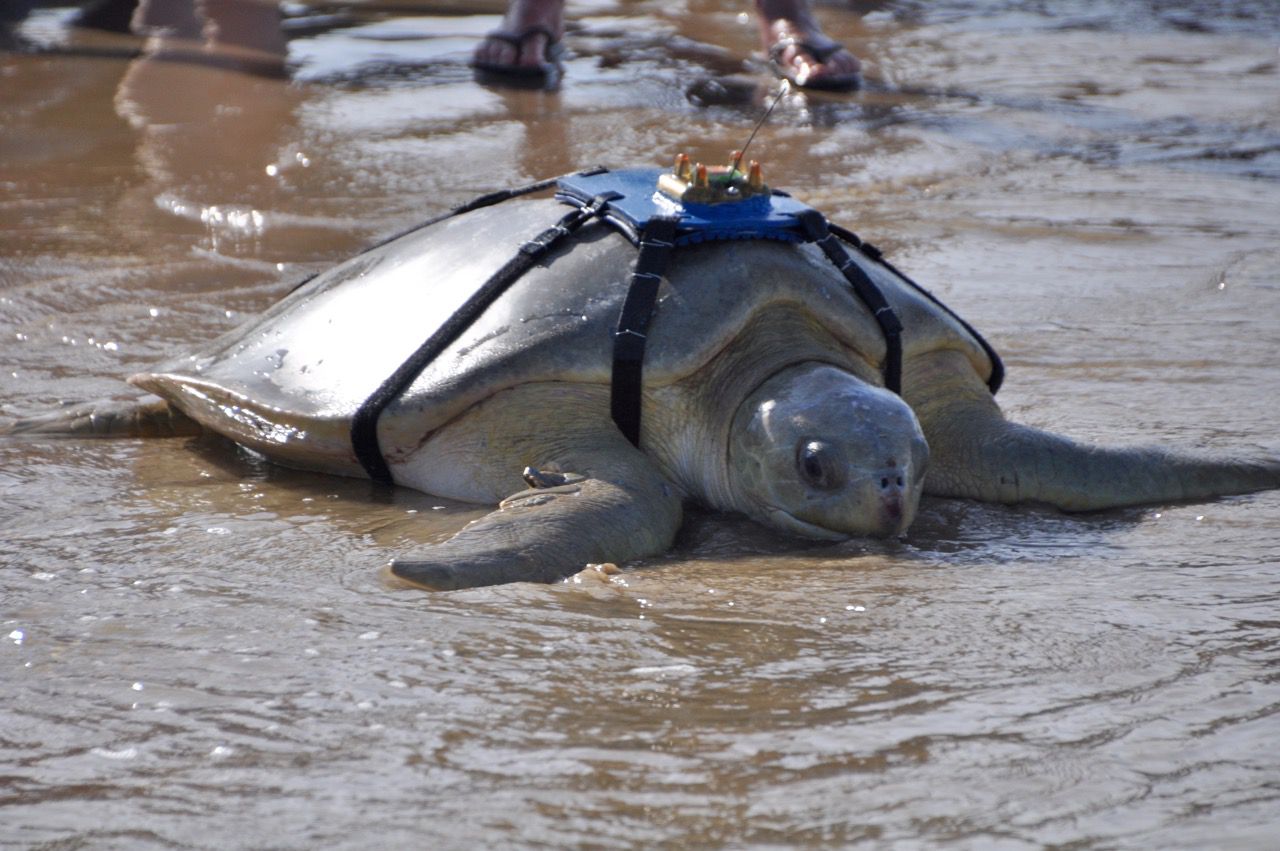 Please register for our newsletter to be kept up to date on what's happening with Sea Turtle Alliance.